COSATU has expressed shock to learn that the apartheid state of Israel, in its latest attempts to silence the Palestinian people and crackdown on those opposing its brutal and discriminatory regime, is threatening to withdraw Haneen Zoabi’s Israel citizenship.
Zoabi is a Palestinian living in Israel and currently serving in the Israeli parliament as part of the opposition party. She was speaking at the Russell Tribunal on Palestine which is aimed at establishing the extent to which the laws and practices of Israel qualify it as an apartheid state under international law.
This recent act of cowardice by the apartheid Israeli regime is yet another demonstration of the regime’s inhumanity and resolve to punish and silence all those who seek to expose its hypocrisy and facade.
The Russell Tribunal on Palestine has reminded us as South Africans of the brutality of the apartheid system meted out against black people and all those who stood opposed to its brutality.
Our own  experience under apartheid and how it enforced its rule through measures such as the pass laws, banishment, passport denials is currently being replicated by the apartheid state Israel on the Palestinian people at an amplified rate.
The horrifying testimonies given by Palestinians in occupied territories, exile and those living inside Israel as well as Israeli activists about the practical and everyday experiences of oppression and brutality by the apartheid state of Israel have pierced through Israeli veil of propaganda and hypocrisy.
The brutality, humiliation and violence suffered by the Palestinian people under Israeli occupation and those living in Israel is particularly shocking given that we live in an era where apartheid has been declared a crime against humanity.
We urge the South African government to act against this act of cowardice.
COSATU reaffirms our support for the following basic principles articulated by Palestinian people and several long standing UN Resolutions:
Ending the Israeli occupation and colonisation of all Palestinian lands and dismantling the Israeli Apartheid Wall;
Recognising the fundamental rights of the Palestinian citizens of Israel to full equality;
Respecting, protecting and promoting the rights of Palestinian refugees to return to their homes and properties;
An immediate end to Israel`s illegal settlements, and blockade on Gaza; and
An end to Israel`s discriminatory and racist policies.
We also call for the intensification of the struggle, particularly the Boycott, Divestment and Sanctions (BDS) campaign against Israel. As our own anti-apartheid struggle has demonstrated, this is an effective, non-violent form of resistance that can bring an end to injustice and contribute immensely to liberation.
COSATU will continue to pledge solidarity with the Palestinian people and their quest for self determination, freedom and equality. 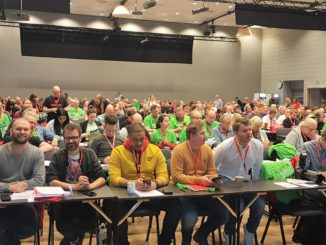 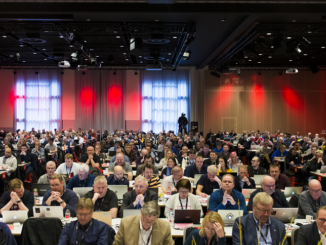